When I first heard that Sony had launched an over-the-top (OTT) internet television service, I incorrectly assumed that unless I owned a PlayStation game system I couldn’t subscribe. The truth is, anyone who wants to enjoy streaming live TV can subscribe and enjoy PlayStation Vue.

Since its launch two years ago, PlayStation Vue has steadily gained subscribers.

Prices have dropped since the initial offering of the service and it is now going head to head with its competition: Sling TV, DirecTV Now and the soon to be launched YouTube TV.

If you’re not already a subscriber, you can always try PlayStation Vue with its free 7 day trial and no contract.

Your Choice Of PlayStation Vue Packages PlayStation Vue Packages: Prices may vary depending upon location.

Your free 7 day trial allows you to choose any of the four base channel packages to try before you buy. Heads up though, if you don’t cancel before the trial is up, your credit card on file is charged the per month cost for the specific plan you’ve selected.

This is the least expensive channel package offered by PlayStation Vue at $30 per month*.  All channels in this package will be found in more expensive package offerings. This package includes those channels offered in Access Slim and adds several sports centered channels for $35 per month*. Most notably GOLF Channel, NBA TV, ESPNews, ESPN U and CSN networks. For my free trial, I chose this package, which costs $45 per month*. It has all the channels found in Core Slim and Access Slim as well as several movie, news and lifestyle channels I like including EPIX Hits, MGM HD, SONY, BBC World News and Velocity. The most expensive package at $65 per month*, Ultra Slim includes all the channels that are in the other three and adds East and West HBO and Showtime networks. At this price point, you’re definitely wading into traditional Pay-TV territory. If you’re a TV junky but just want to rid yourself of 2-year contracts, hidden fees, and old bulky equipment, this may be the streaming package for you. *Note that pricing for these plans will vary depending on if you live in an area where your local broadcast channels are available. For New York City, Los Angeles, Chicago, Philadelphia, Dallas, San Francisco and Miami, expect to add another $10 per month per plan.

Standalone and/or add-on channels are also available for all of the four packages for an additional fee, including HBO, Cinemax, EPIX Hits, Showtime, Fox Soccer Plus and more.

My Experience With PlayStation Vue

After less than one week of use, these are my impressions.

What I Wish Was Better

Despite all its perks, Sony’s PlayStation Vue service is not without its flaws.

The playback using my two Amazon Fire TV Sticks (one is the 1st generation and the other is the latest) was not smooth.

Despite being connected to a 60 Mbps home network where other streaming services worked fine, there was a lot of glitchy playback using the Fire TV Sticks. The apps either failed to launch or crashed without warning on both devices. This made for a rough user experience and had me thinking about cancelling my subscription only one day into the free trial.

I then tried PlayStation Vue on my iOS devices.

I found that on the same home network, I could achieve smooth playback. Indicating to me that the service is probably OK, but the Fire TV device apps may need some updating.

In addition to playback issues I found the interface a little cumbersome to use. Non-techs might get frustrated by it, and never use it to its full potential.

Personally, I like what this service has to offer.

I think Sony was smart to lower the package prices from two years ago. Smarter still to continue to add new channels and platform support.

Sony loyalists have stayed with the service and those disenchanted with Sling TV and DirecTV Now are becoming potential new customers.

Viacom networks have left PlayStation Vue, but despite the loss of networks including MTV, BET, Comedy Central and CMT, the service has found solid footing in the marketplace.

In my opinion PlayStation Vue is a streaming TV service which would be enjoyed by cord cutting sports enthusiasts and families looking for multiple streams of content using one subscription.

I think five simultaneous streams, the ability to use Vue credentials to log into “TV Everywhere” channel apps and the cloud DVR functionality put this one at at an advantage for potential cordcutters looking for a wide arrange of content and familiar cable-like features. 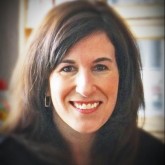 Satellite and Cable are Losing 14,000 Subscribers Each Day