Thankfully, football season is back again. This is one of the best times of the year and it feels great to be done with what always seems like way too long of an offseason. Now, the most important thing for you to do is make sure you’re ready to watch plenty of games each week. Whether you want to watch NFL, college football, or both – we’ve got you covered.

Even if you don’t have cable, you’ll be able to watch college football every weekend during the entire season. Not only can you watch games, but you’ll have several options to watch and none of them will break the bank like a cable subscription. We gave some details on this last year, but below is an update on how you can watch this season.

An Antenna Lets You Watch Great Games Each Week

During the year, over-the-air networks like CBS, NBC, ABC, and FOX broadcast some of the best games every week. Believe it or not, you can watch all of these channels free by purchasing an antenna. The upfront price of the antenna is the only cost in the whole set up.

You can watch some great games with the antenna, including the SEC Game of the Week on CBS. Plus, some of the biggest rivalry games will be on these network channels. One of the best parts is the antenna delivers all of the programming it picks up in perfectly clear high-definition picture. That means all you need to do is get an antenna and you can be watching big games in HD right on your big screen.

As cable cutting has grown, so have the streaming services that allow you to cut cable, while still being able to watch some of the best channels on TV. They’re more affordable and flexible that a cable subscription and will also be helpful during college football season. Here are some of the top ones you can use:

Dish Network’s streaming service has a starting price of just $20 per month for its “Sling Orange” package. Sling TV lets you watch multiple ESPN networks with the subscription, including ESPN, ESPN2, and ESPN3 (which will air simulcasts of ABC games. ESPN has a stronghold NCAA football broadcast rights and the majority of nationally broadcast college football games will air on its networks.

You can also get a taste of Sling TV’s flexible offerings by adding the “Sports Extra” add-on package for $5 more per month. This’ll get you even more ESPN channels like ESPNU, SEC Network, and more. You can watch all of these channels free for a week during Sling TV’s free trial.

This’ll be another great way to tap into the college football broadcasts on ESPN. DIRECTV NOW costs $35 per month to start and includes all the main ESPN channels across its packages. The starting package will also include some FOX networks, which’ll be another source to watch some games live. You get more than 60 channels in the DIRECTV NOW channel package, so this is a viable option to fully replace your existing cable subscription without missing a thing.

Sony’s PlayStation Vue has a starting price of $40 per month and will also let you live stream ESPN channels. ESPN, ESPN2, and full access to WatchESPN is available in the starting package. WatchESPN, which is included on all of the above streaming services as well, lets you watch any ABC games simulcast on ESPN3. You’ll also get some FOX networks and a free cloud DVR with your subscription. You can try it out yourself during a 5-day free trial!

WatchESPN will be a good source to stream several great college football games. Several internet providers will offer the ability to login to the WatchESPN website to get a free live stream. This approved ISP list will let you know if you can get free access. You don’t get full access, but you’ll be able to watch those ABC simulcasts online.

Once the regular season ends, you can still watch plenty of games through the entire bowl season. Tons of these games will come on ESPN, while others will be on ABC or CBS. A combination of an antenna and a streaming service means you can likely watch every single game live!

Now that you’re all set for this year, the only thing to do is get yourself ready. Don’t hesitate to set yourself up right now to watch college football without cable this entire year! You can build a custom cord cutting setup to watch everything you want. 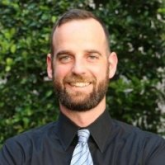 Chris Brantner is on a mission – to show people just how easy it is to cut the cord and get rid of cable. His website, CutCableToday.com, offers an easy-to-understand, step-by-step guide for getting rid of cable once and for all. His cord cutting expertise has been featured in the likes of USA Today, Fortune Magazine, and Engadget.

Chris Brantner is on a mission – to show people just how easy it is to cut the cord and get rid of cable. His website, CutCableToday.com, offers an easy-to-understand, step-by-step guide for getting rid of cable once and for all. His cord cutting expertise has been featured in the likes of USA Today, Fortune Magazine, and Engadget.