Did you know that there’s a common electronic device that consumes precious kilowatts of energy all day, every day, even when you think it’s turned off?

Your cable TV set top box is a source of entertainment for millions of homes, but it’s also a constant power drain on your household that’s costing you more than you think.

Your cable set top box uses a surprising number of kilowatts just being plugged in and on standby.

Because it’s running 24 hours a day, 7 days a week, your cable TV box is a constant household energy drain. The device’s shortcomings in terms of energy efficiency have prompted some unfavorable press over the years.

For example this article in The New York Times:  Atop TV Sets, a Power Drain That Runs Nonstop points out that according to the National Resources Defense Council‘s study “…the boxes consumed $3 billion in electricity per year in the United States… 66% of that power is wasted when no one is watching and shows are not being recorded.”

Not all cable boxes are ENERGY STAR Certified and the transition is not mandatory.

In 2016 some cable companies have started to respond to the energy efficiency community’s concerns by beginning to transition their equipment to newer, more efficient equipment. However,  it’s not mandatory and the inconvenience and expense to the cable companies tends to slow progress in this area.

The continual draw of vampire power from older cable boxes and set-top DVRs is an issue of concern, especially for those of us trying to live a green lifestyle and/or save money. One solution to this problem would be to use energy efficient cable boxes that draw 35% less power, save consumers millions of dollars. ENERGY STAR Certified set-top boxes are currently available, but they are not required to be used by all cable companies.  If you would like to see which products meet the standard click here to learn more.

If you really want to up your energy conservation game and measure all of your household appliance’s power usage, pick up an easy to use product called a Kill A Watt. This device can give you the actual power used by the appliance plugged into it. It’s an inexpensive tool that can help you discover what devices in your home are using the most energy, so you can adjust accordingly.

The table summarizes measurements, with the average, low and maximum power levels observed while the set-top boxes are in standby. Power consumption is listed in “watts” (W). 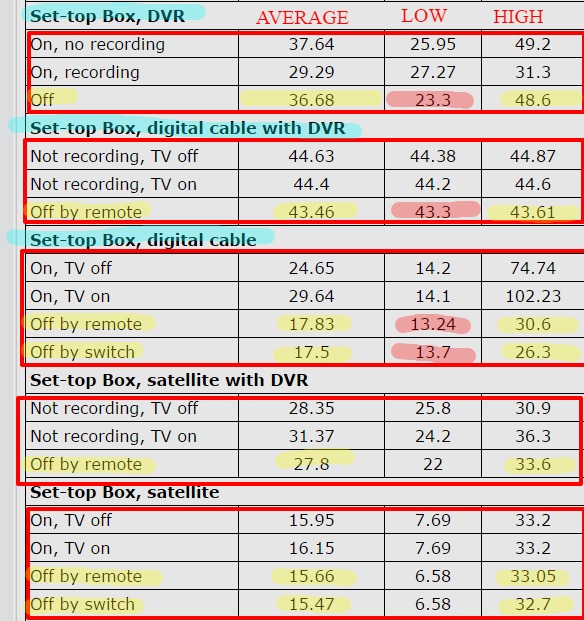 As you can see from this information found on Standby Power’s website, when a set-top cable box is turned off it’s still drawing significant power. The boxes with DVR functionality definitely draw even more power than those without it.

Having more than one cable TV box multiplies the energy drain on your household.

It stands to reason doesn’t it?  You’re sucking down twice as much power when using two cable boxes versus one, three times as much with three, four times as much with four… you get it. And that’s whether the boxes are turned on or off and in standby mode.

That’s why cord cutting and cord shaving are energy efficient options to power hungry cable boxes, and well worth considering, especially for households with multiple boxes in use.

Cordcutters have known about the green benefits to Mohu over air HDTV antennas for some time and love them for their low cost, simple setup, energy efficiency and high performance.

The Mohu Leaf 50 is my favorite antenna because with it I’m able to obtain free TV in HD from all my local channels without using excessive energy.

While the Leaf 50 is a powered over-the-air TV antenna (powered by the USB on your TV or the included AC adapter power it), it only draws 4 kilowatts of power when in standby mode.  If you can get away with a non-powered antenna such as the Leaf Metro Indoor HDTV Antenna, which has a range of 25 miles, you eliminate power usage in standby all together! 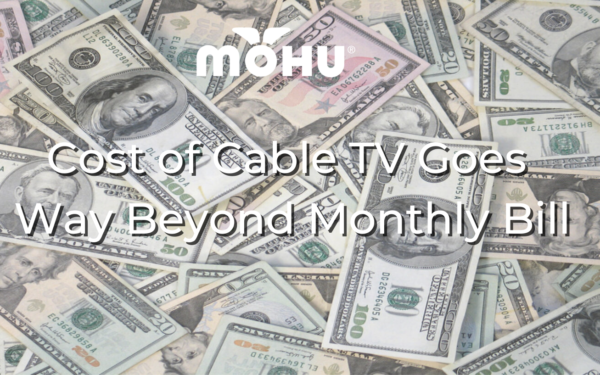 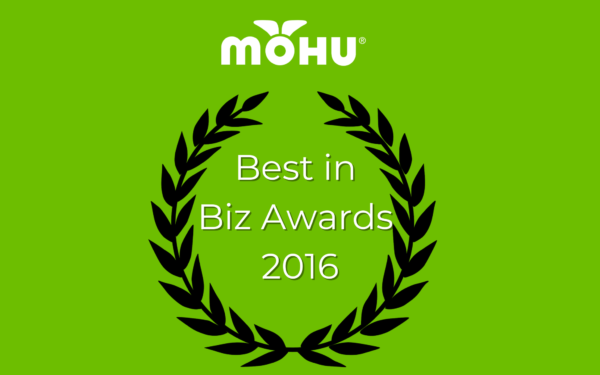 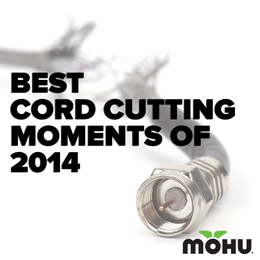