With the availability of easy to use digital antennas capable of acquiring  over-the-air free TV signals in HD, and wireless internet streaming media devices for supplementing OTA TV entertainment, cord cutting has truly become a viable option to expensive cable and satellite television service in 2014.

As a new year dawns, let’s take a look back at 2014’s Most Memorable Cord Cutting Moments, and the initiated trends that are changing the way we all receive home entertainment.

Comcast On The Run

In January 2014 Comcast announced that it actually gained subscribers for the first time in 6 years.

At first glance, that sounds like a bad thing to anyone who is pro-cord cutting. Look a little deeper and you can see it’s great news for advocates of cord cutting, because it means that cable TV companies are having to change the way they do business to keep up with the increasing numbers of cord cutters.

Other cable TV companies have upped their game to try and entice customers as well, but recent reports indicate that they have their work cut out for them.

Aereo Loses In the Supreme Court

Aereo service was available in limited markets, but it showed great promise and was likely to expand nationwide, if not for this landmark decision by the Supreme Court in July of 2014.

Despite the shutdown of Aereo, their experience has forever changed the cord cutting landscape and opened the door for even more innovative ideas in the future.

The 3rd Annual Streaming Video Survey of over 2,500 adults done by Morgan Stanley showed a clear trend towards an intent of cable and satellite TV subscribers to cut the cord, particularly by subscribers ages 18-29. The study also indicates that those who own tablets and/or are subscribers of Netflix are more likely to cut the cord.

While the responses correlate with 2013 data, the study issued the following year in March of 2014 offers a glimpse into what consumers want and how they are getting it.

Survey Says: There Is Happiness In Cord Cutting

More and more studies are showing that cord cutters tend to be happy with their decision to forgo expensive cable or satellite TV service in favor of over-the-air TV and streaming media.

According to one survey by marketing firm cg42, nearly 80% of all cord cutters have no intention of going back to cable TV.

Their 2014 Brand Vulnerability Study makes it clear that customer satisfaction with cable companies is down, and that leaves an opening for innovative companies such as Mohu to shine.

Mohu Gives Everyone A Simple Way To Cut The Cord

Sold by Amazon and Best Buy both online and in-store, the Mohu digital antennas have simplified the way consumers obtain and enjoy over-the-air free TV.

Mohu HDTV digital antennas are easy to set up and use, and provide crystal clear reception. They work in conjunction with digital tuners to provide users with free TV in HD from all the major networks (CBS, NBC, ABC, FOX, CW, PBS), broadcast over the air in their local areas.

Mohu received funding through a Kickstarter campaign in 2014 to develop something they call Mohu Channels; a way to easily view and access both over air and streaming media sources via an onscreen menu, which is likely to be available very soon.

Cord cutters are affecting emerging trends in technology each day, and will do so for the foreseeable future. Smart TVs, digital antennas, OTA DVR recorders and streaming devices are flying off the shelves this holiday season, which begs the question: “Will 2015 be the year that even more consumers choose to cut the cord?”

I can’t wait to find out!

Andrea Polk hails from Oregon and is a wife, mother, writer, Amazon Top 50 Reviewer, and more. She’s also the author of the Simple Guide to Over-the-Air Free TV as well as the avid deal-seeker behind SavvySleuth.com, where she scours the web for the best online deals. 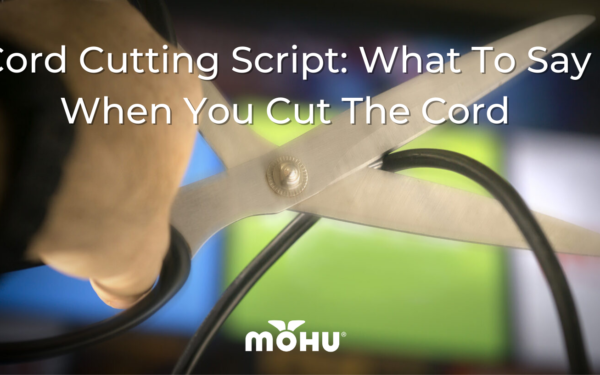 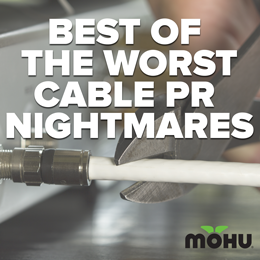